Meanwhile, to the far southeast…

A brisk wind scudded across the dry plains, tugging at the robes of the shugenja and snapping the banners atop the Kaiu Wall. Unmoved, Hida Kisada stared impassively from the battlements to the Shadowlands beyond, where a vast force of enemy troops swayed and shifted like grass.

In the eyes of his troops—even battle hardened as they were—he had seen the shadow of fear. Samurai do not fear death, he thought. An easy sentiment for those who shelter in the safety of our wall. My samurai know death too well not to fear it. But they will face it anyway.

Kisada stared down the foe with the same impassive gaze for which the Champion of the Crab Clan was so well known. Around him gathered his children and closest retainers, who did not seem to share the Great Bear’s taciturn demeanor.

“Look at them arranging their forces so considerately. One could almost mistake them for Crane,” sneered Yakamo, Kisada’s eldest child, as he casually lifted his tetsubō onto his shoulder, posturing with the great iron and jade war club as a youngster might a toy. “It will make it even easier to crush them outright.” 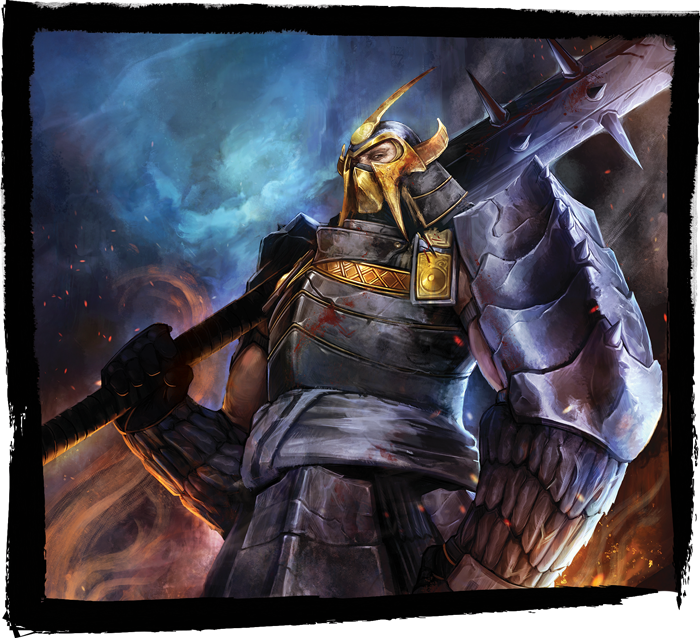